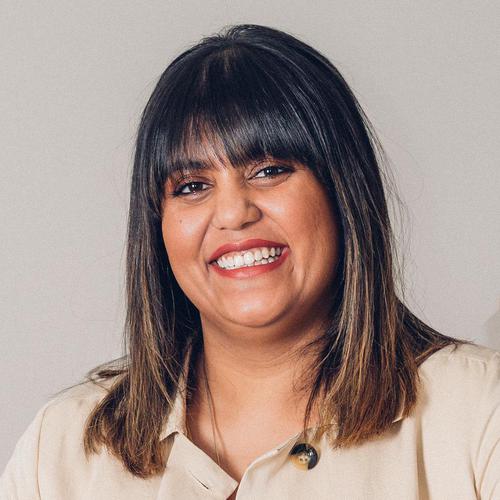 Talks covered by this speaker

Mrinalini Chakraborty is an award-winning social justice and civil rights activist, political organizer, and movement-builder. Born and raised in Kolkata, India, she started organizing as a teenager, in the movement for sex workers rights and against human trafficking and gender-based violence. Over the past decade in this country, Mrinalini has been organizing in the movements for immigrants rights, racial justice, and women's rights, and focuses on intersectional coalition-building, political strategy, and distributed digital organizing and mobilization strategy.

Mrinalini is most renowned for her contribution to and leadership in building the Women's March movement and organization, since its inception in 2016. She served as the National Field and Mobilization Director for the 2017-2019 national Women's Marches, and played a key role in making the 2017 Women's March the largest single-day protest in US history. For her activism and leadership, Mrinalini has been recognized through several awards, including Glamour Magazine's "Woman of the Year" Award and PEN America’s "Free Expression Courage” Award in 2017, ADAPT Chicago's “Woman of the Year” Award and She has also been featured in numerous local and national publications, such as Glamour, W Magazine, The Chicago Tribune, Chicago Woman, Bustle, the Journal of Feminist Studies, among others, and appeared on several local and national television networks.

If you'd like to get your brand in front of attendees following the categories this speaker is talking about (on this page, via email and during each talk) contact us.
We use cookies This website (and some of its third-party tools) use cookies. These are important as they allow us to deliver an exceptional experience whilst browsing the site.