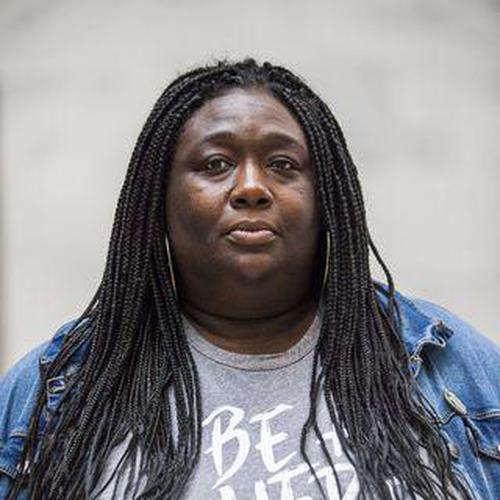 A talk by Tracey Corder
Director of Federal Action and Racial Justice, Center for Popular Democracy

Tracey serves as the Director of Federal Action and Racial Justice for CPD, building deep and close relationships with core affiliates who are focused on driving racial justice work as well as working with other CPD staff to develop effective intersectional campaigns. She came to CPD from Oakland Rising where she worked as the Field Director for 2 years. There she was responsible for developing short and long term electoral strategy and helping to sustain intentional relationships with partner organizations, elected officials, city staff, labor, community leaders and other key stakeholders in Oakland.

Prior to this, Tracey worked as the Deputy Field Director for CO Victory in the 2014 federal midterms elections and served as the Wisconsin African American Vote Director for the 2012 Obama re-election campaign. She has strong ties to the labor movement through her organizing as the Service Area Organizer with AFL-CIO in Wisconsin. Tracey has also worked to elect candidates on every level of government throughout the country.

Born in Milwaukee, WI and making her home in Oakland, CA, Tracey is a member of the BYP100-Bay Area Chapter and a co-host of the weekly podcast That's What She Said. Tracey holds a BS in Sociology and Human Services from Edgewood College and spent 4 years as a Social Worker before formally entering organizing work.