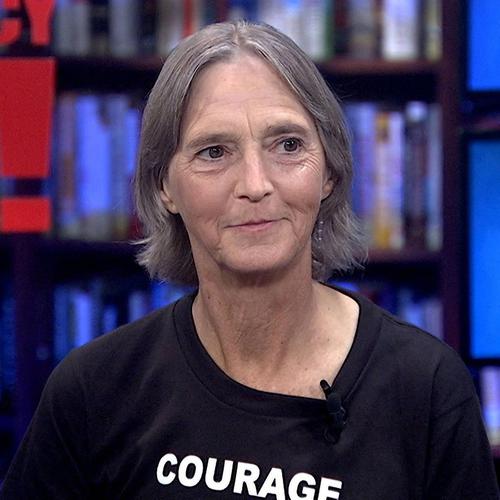 A talk by Lisa Fithian
Author and Direct Action organizer

Lisa Fithian has been working for nonviolent social change since the mid 1970’s. Over the years she has been a student, labor and community organizer on a broad range of issues. From environmental justice to student and worker rights, from peace and global justice to immigration and housing.

For decades, Lisa Fithian’s work as an advocate for civil disobedience and nonviolent direct action has put her on the frontlines of change. Described by Mother Jones as “the nation’s best-known protest consultant,” Fithian has supported countless movements including the Battle of Seattle in 1999, rebuilding and defending communities following Hurricane Katrina, Occupy Wall Street, and the uprisings at Standing Rock and in Ferguson.